The first 2 month or so it wasn't possible to get M to sleep alone. During the day he almost never slept, and at night we only could get him to sleep if we, and it had to be both of us, lay next to him, holding his hands, and at the same time had one hand under his cute little babybutt to shake it, and we had to sing the same song over and over again. Ehem imagine that, it wasn't pretty. 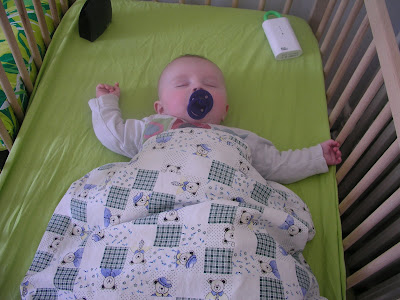 He still doesn't like to fall asleep, but it gets easier and easier. And now he also sleeps the amount of hours he needs. Colic babies don't sleep enough, he slept around 10 - 12 hours a day. Not. Enough. 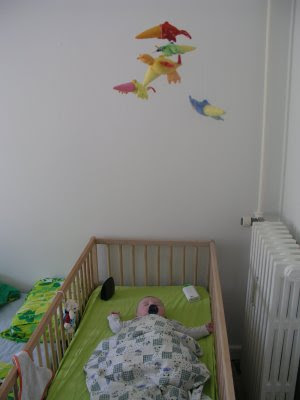 He even sleeps in his own bed! 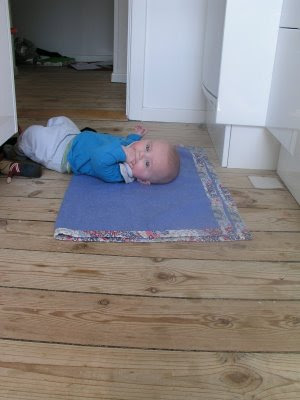 And during day I can put him on a blanket anywhere, and he will think it is fun. Soooo niiiiceeee. 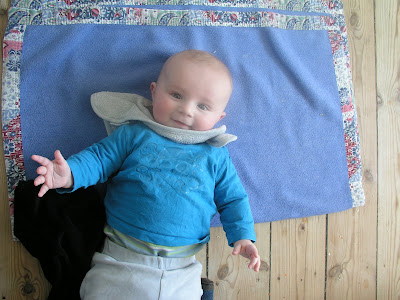 All pictures in this post are stolen from Jakob.

A few weeks ago we started giving Mattis something other than formula. 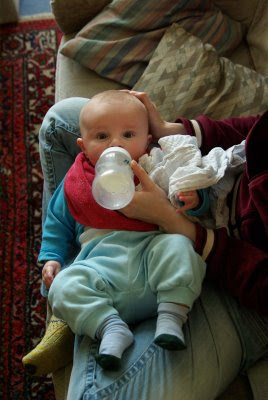 He had been interested in our food (and drink) for a while. 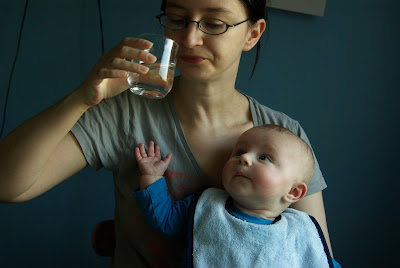 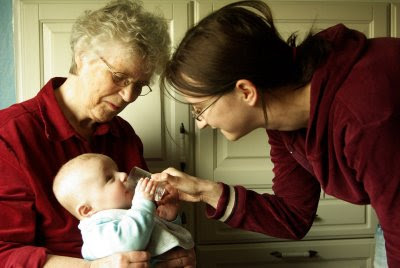 And the rice- and maizestuff we give him is ok too. 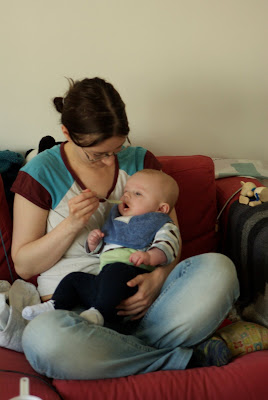 So after thinking about it for a while I decided it's ok to put pictures of my little baby on the blog. So the blog is back! The little baby is rather big now :o 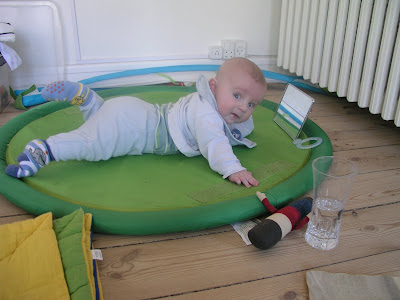 And we have moved into a bigger apartment, YAY! With a view that rox! 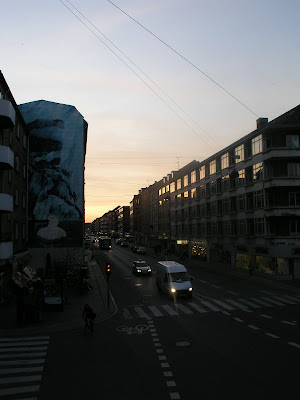 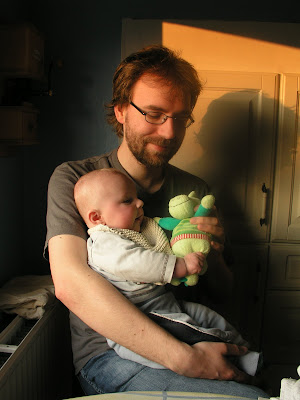 And he reallyreally likes his daddy! 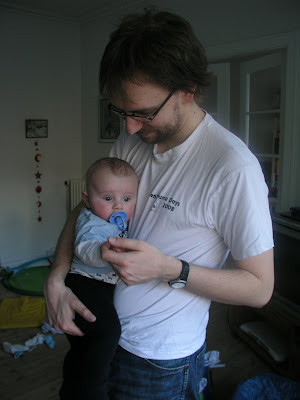